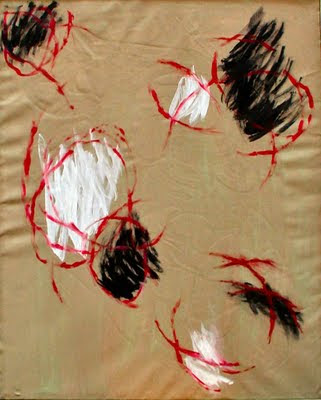 (...) At that moment, we abolish the laws of the quantum level.

There's still another way of slicing up reality. Our next guess is the leading thinker in the area of transdisciplinarity. Through the study of quantum mechanics and philosophy, Dr. Basarab Nicolescu asserts that there are many levels of reality of ways of perceiving and understanding the world. He points out that there are over 8000 disciplines in the world today. We could look at the world through the perspective of science, politics, art, literature, law, and the list goes on. But he and researchers like him believe that there's another way of perceiving the world that ties all of the disciplines together and yet goes beyond all of them. Male: In 1900, Max Planck made a remarkable discovery that turned the field of physics upside down. Albert Einstein, writing in 1954 describe Planck’s work in this way, he's discovery became the basis of all 20th century research in physics. Without this discovery, it would not have been possible to establish a workable theory of molecules and atoms. And the energy process that govern the transformation. It has shattered the whole framework of classical mechanics and electro dynamic and set science a fresh task. That of finding a new conceptual basis for all physics. Dr.

Basarab Nicolescu, president of the International Center for Transdisciplinary research and specialist in the theory of elementary particle physics. His interest in the complex and the multilevel nature of reality began with the study of quantum mechanics. Dr. Nicolescu: The study of the infinitely small levels showed completely paradoxical properties. For example the Meaning of Discovery by Planck, Max Planck. Forget the name, quantum physics. Of discontinuity in energy. This means that when an electron goes from one level to the other around in the atom, doesn’t go through in 10 million states. This just jumps from one level to another. Result causing through intermittent state. A very strange thing, discontinuity for the conception of realism which was prevailing before Planck. Male: Max Planck was so puzzled by his discovery that he challenged it over and over again, but eventually accepted the finding along with the rest of the scientific community. His findings were so unsettling, because what they ultimately meant was that instead of having a continuous chain of cause and effect, now we have discontinuity. And that meant a new type of causality. And this had far reaching implications.

So what is the story about subject and object? Usually the modern conception, in modernity, we have the idea that these reality there, an object. And observer can see these objects, but the subject is completely disconnected from the object, neutral. He just sees the object, studies the object and discovers the laws. So it’s a dichotomy between the subject and the object. And even in our days, especially in human sciences, people continue to use the same description. Male: While there were new laws that applied to the micro level, they didn’t necessarily applies to the macro level. And this was intriguing and unsettling. Dr. Nicolescu: In other words our usual staying around, kilometers, seconds, and so on. All the laws there are completely in rupture with the laws which are in this one. But, when we observe the thing, we have operators, measure, limping in the spot, and we have to translate what is happening there in our language. At that moment, we abolish the laws of the quantum level.